A2X for Amazon posts Amazon sales and fees to Xero simply and automatically and reconciles to settlement deposits. Supporting Amazon marketplaces worldwide. A2X will save you hours of reconciling Amazon settlements each month. Eliminate Amazon spreadsheet accounting, which is error-prone and time-consuming. Never waste another minute manually pulling out fees, refunds and adjustment into Xero.

A2X for Shopify posts Shopify store sales automatically to Xero, and reconciles your payouts so that you know everything has been accounted for correctly. Never waste another minute manually reconciling your Shopify payouts and figuring out fees, refunds or adjustments. A2X automates that manual process, transforming what took hours into a few seconds. A2X takes out the guesswork and gives you full visibility of your Amazon and Shopify e-commerce sales and costs.. A2X gives you accurate accrual financials, automated and reconciled.

A2X for Amazon and A2X for Shopify are designed for e-commerce sellers and their bookkeepers and accountants.

A2X is the missing piece connecting Xero to your e-commerce sales channels, to streamline your back office and unlock opportunities in the e-commerce sector.

Explore all features of A2X

A2X references the Xero chart of accounts to facilitate mapping of Amazon and Shopify marketplace transaction types to the appropriate ledger accounts. Optionally A2X can create a set of ledger accounts in Xero suitable for an Amazon seller or Shopify store.

A2X posts summarized journals to the Xero ledger using the invoice API; this shows up in Xero as ‘invoices’, summarizing the transactions in your Amazon settlements or Shopify payouts.

A2X posts as invoices to enable Xero’s auto-reconciliation capability, so that when the Amazon settlement or Shopify payout amount appears in the bank feed, the amounts posted by A2X reconcile precisely to the bank statement.

Always reconcile. Rigorous reconciliation is core to A2X, to meet the exacting standards of professional accountants and bookkeepers. Accuracy is paramount.

A2X for Amazon and A2X for Shopify can load past Amazon settlements and Shopify payouts, generating up to a year’s financial history.This enables A2X clients to go back to the start of their financial year and roll forward all their Amazon or Shopify transactions from that point using A2X for ‘clean’ books that reconcile.

A2X posts cost of goods sold corresponding to the sales posted in each settlement for Amazon merchants, which gives accurate product margins in Xero. (COGS is not yet available for Shopify stores.)

Select the A2X product for your business, A2X for Amazon or A2X for Shopify , or both; then;

Explore how to setup A2X 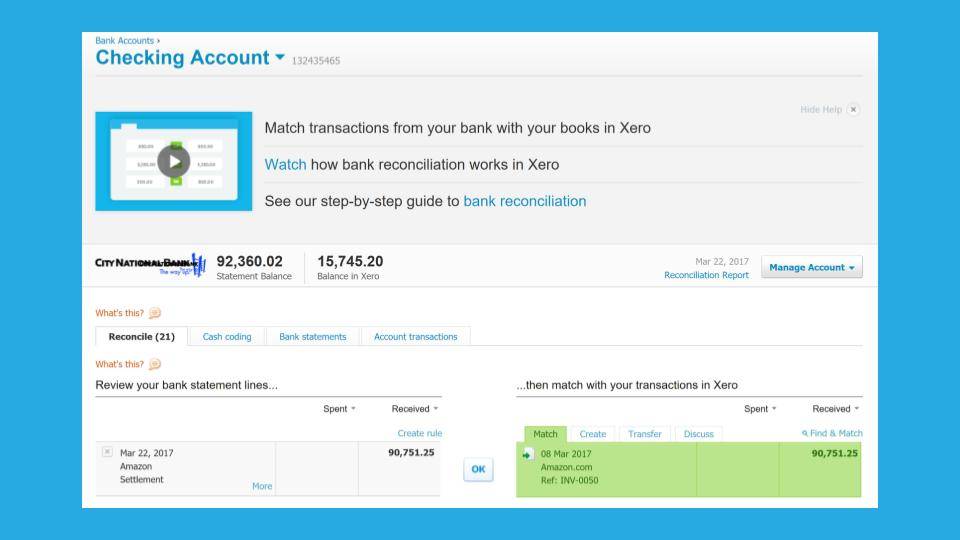 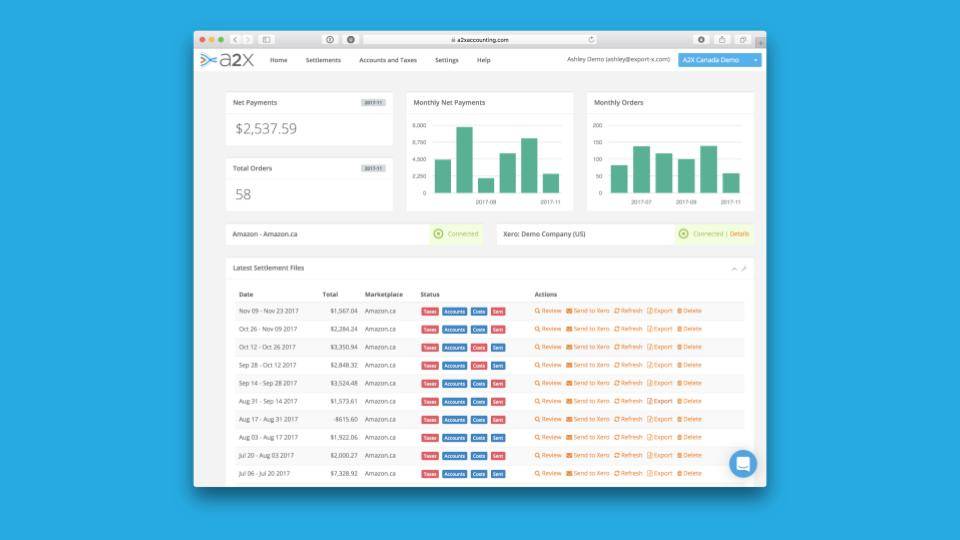 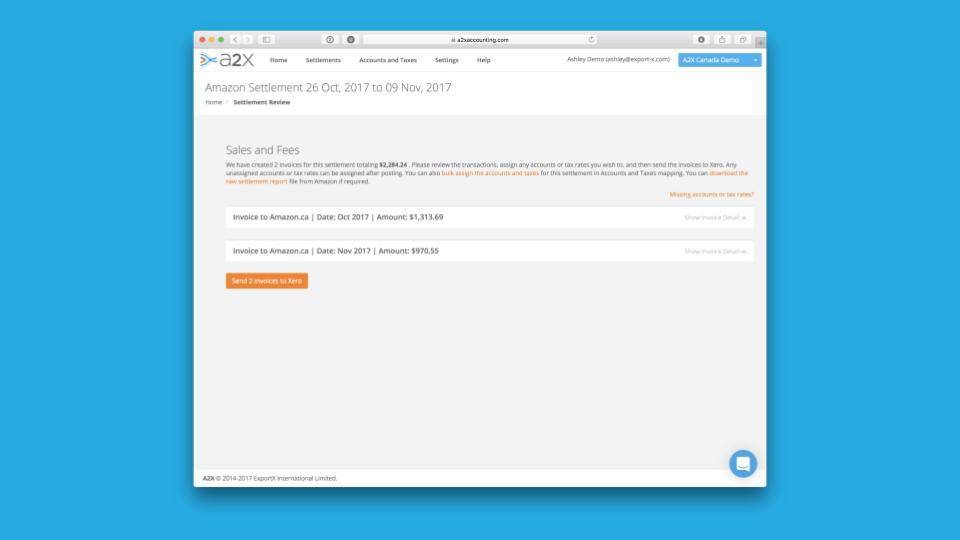 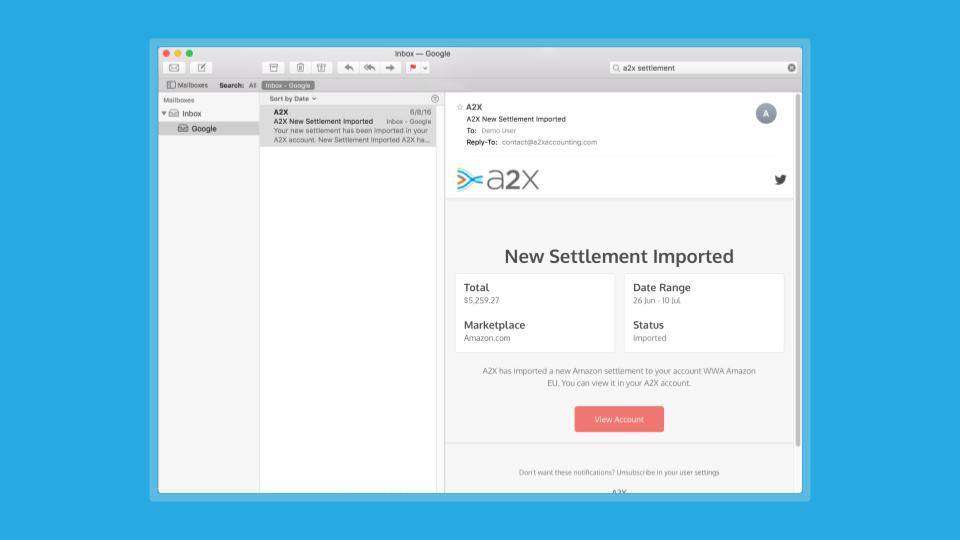 Facebook
Although Xero reviews each app in our App Marketplace, we can’t give any guarantees. It’s up to you to assess the performance, quality and suitability of any app before going ahead.