CreditorWatch is an innovative, online commercial credit bureau. With over 50,000 customers and the ability perform a credit check on any entity in Australia (ranging from ASX listed companies to sole traders), we offer credit management tools and credit risk information. CreditorWatch enables you to stay on top of debtors with credit reports, credit scores, monitoring and alerts, and debt collection tools, including the ability to lodge payment defaults.

Streamline your credit management process by linking your Xero account with CreditorWatch. Your customers’ details will be matched to credit reports, highlighting adverse information that could impact your cash flow.

Explore all features of CreditorWatch 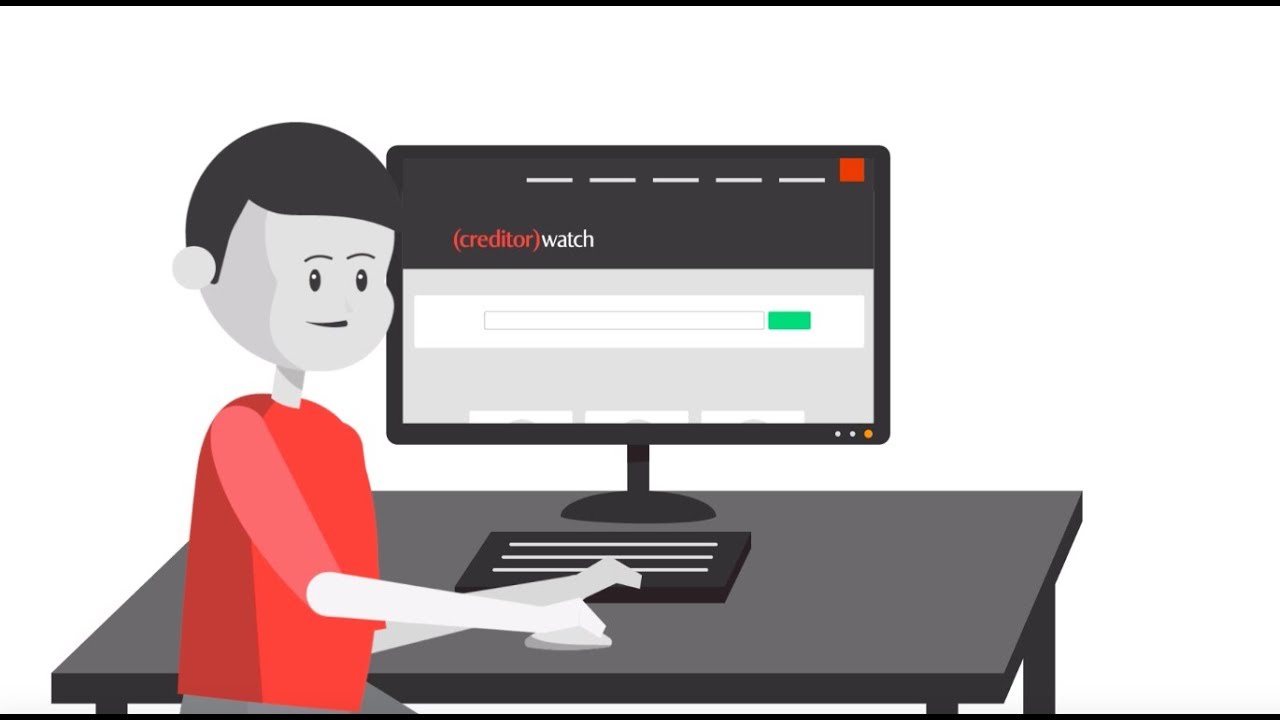 Play Video, opens in a dialog

Once your Xero account is integrated with CreditorWatch, the business name of your customers in Xero will be name matched to the correct ABN, ensuring that you know exactly who you are trading with. CreditorWatch will analyse outstanding debtors against their credit files, identifying those who pose the biggest risk to your business. With each new contact entered into Xero, CreditorWatch will automatically email you a credit report for that customer. When you view a customer’s credit file, the report will be enriched with Xero data so you can better understand how they have been paying you. Set up monitoring and alerts to stay ahead of slow paying debtors.

Explore how to setup CreditorWatch 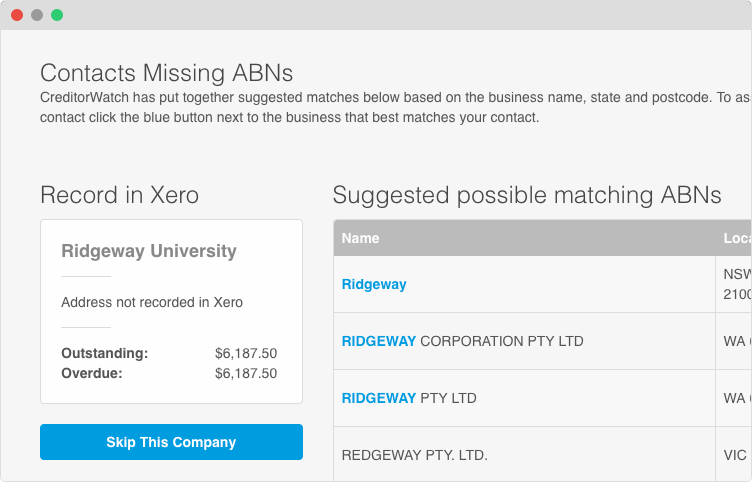 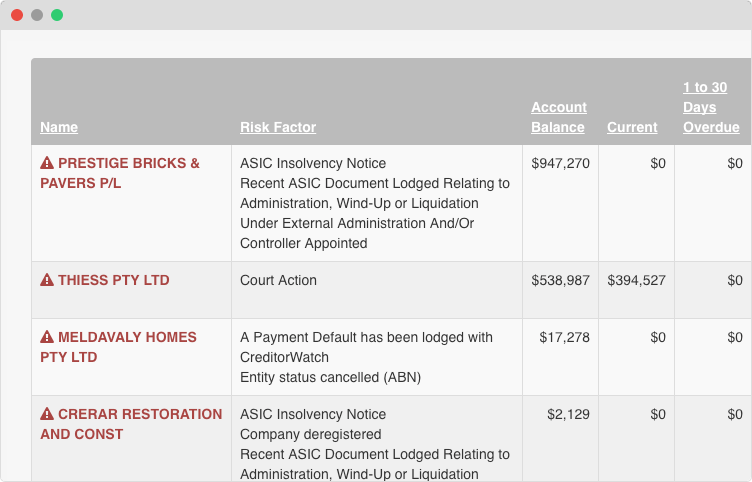 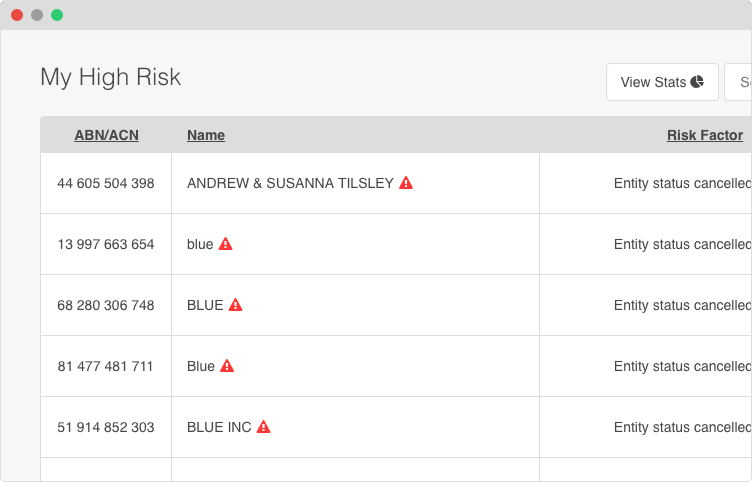 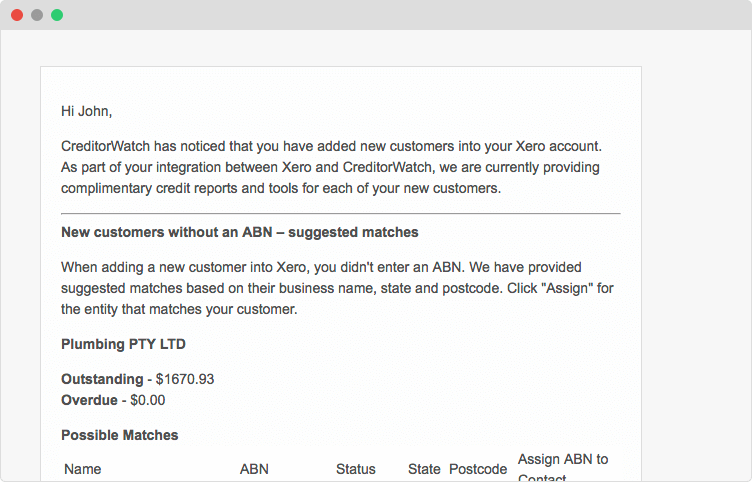 CH
Cynthia Hawkins
Posted
I don’t trust the credit reports provided by CreditorWatch. Twice, CreditorWatch has allowed a default to be registered on my client's report. The defaults are both factually incorrect and should be removed. However, no matter how thorough our communications and detailed evidence in support of this, they refuse to remove it because "the supplier said it correct". In other words, they are ignoring documetary evidence and harming my client's credit rating. In contrast, I have another client that listed a default which was true & correct, but when the customer called CreditorWatch, the default was removed, based on the customer’s word alone. This particular default was taken to the Magistrate’s Court, where the matter was satisfactorily settled. CreditorWatch should NOT have removed this default. By removing this default, other businesses were not made aware and may have been exposed to subsequent loss based on the potential inability to pay as well. What I’m trying to say here is that CreditorWatch does not have an appropriate process for examining defaults to accuracy. They should not be trusted as a credit reporting agency. They are acting as the judge, jury and executioner, with no checks and balances or fairness. If anyone else has had this experience, please comment as I am considering taking this further.
JG
Julianne Grove
Posted
Really disappointed with CreditorWatch as we had a client on our list we weren't notified when the business went into administration and there was an accumulation of debt due to warning from CreditWatch. Then tried to cancel our account and couldn't. Tried to call CreditorWatch three times and told "Your not entitled to this service" and then hung up on.

MW
Marlon Wambeek
Posted
Review: Creditor Watch, a must for Australian businesses (http://whichaddon.com/reviews/review-creditor-watch/) Colin Porter a small business owner who was frustrated with late payments and chasing up unpaid invoices founded Creditor Watch in January 2011. Creditor watch is designed with the purpose of being the best credit checking and debtor monitoring platform available in Australia. Giving everyday businesses the power to identify high risk clients and to ensure they make the correct decisions, based on the best possible information. Read the rest of the review (http://whichaddon.com/reviews/review-creditor-watch/) on www.whichaddon.com
View all reviews
Additional info

TwitterFacebookLinkedIn
Although Xero reviews each app in the Xero App Store, we can’t give any guarantees. It’s up to you to assess the performance, quality and suitability of any app before going ahead.