By ADP
7 reviews
Payroll HR and Time tracking
Get this app
ADP’s small business expertise and easy-to-use tools simplify payroll, so you can stay focused on your goals.
Overview

Process payroll in minutes at your desk or on the move, during business hours or in the middle of the night. Taxes are calculated, deducted and paid automatically. You can also get answers to your time-sensitive questions with 24/7 support from certified payroll experts. RUN Powered by ADP® offers a range of packages to best meet your needs… from simple payroll to HR support, recruiting and employee handbooks.

If you’re an accounting professional, you’ll have access to Accountant Connect, where you can enjoy easy general ledger mapping and seamlessly push payroll transactions from RUN to Xero. You’ll also get single-sign-on access to all your RUN Powered by ADP client data, tax forms and loads of essential practice management tools to help expand your role as strategic advisor.

Explore all features of RUN Powered by ADP®

RUN’s integration with Xero allows small business owners and their accountants to easily map their chart of accounts and then seamlessly push payroll transactions directly to Xero with one click.

Connecting RUN with Xero is quick and easy!

5) Automatically have your payroll transactions post to Xero after every payroll!

Explore how to setup RUN Powered by ADP® 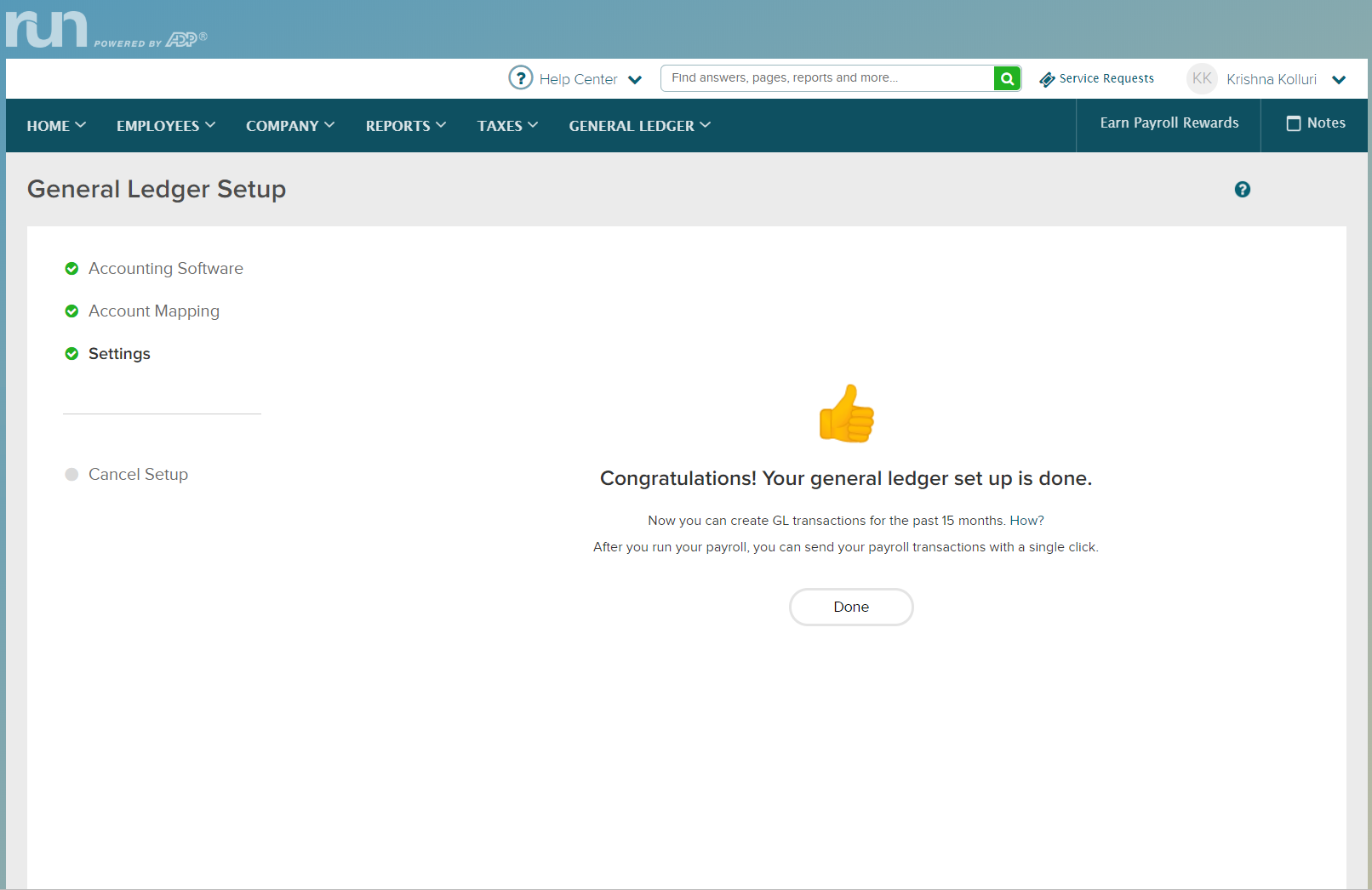 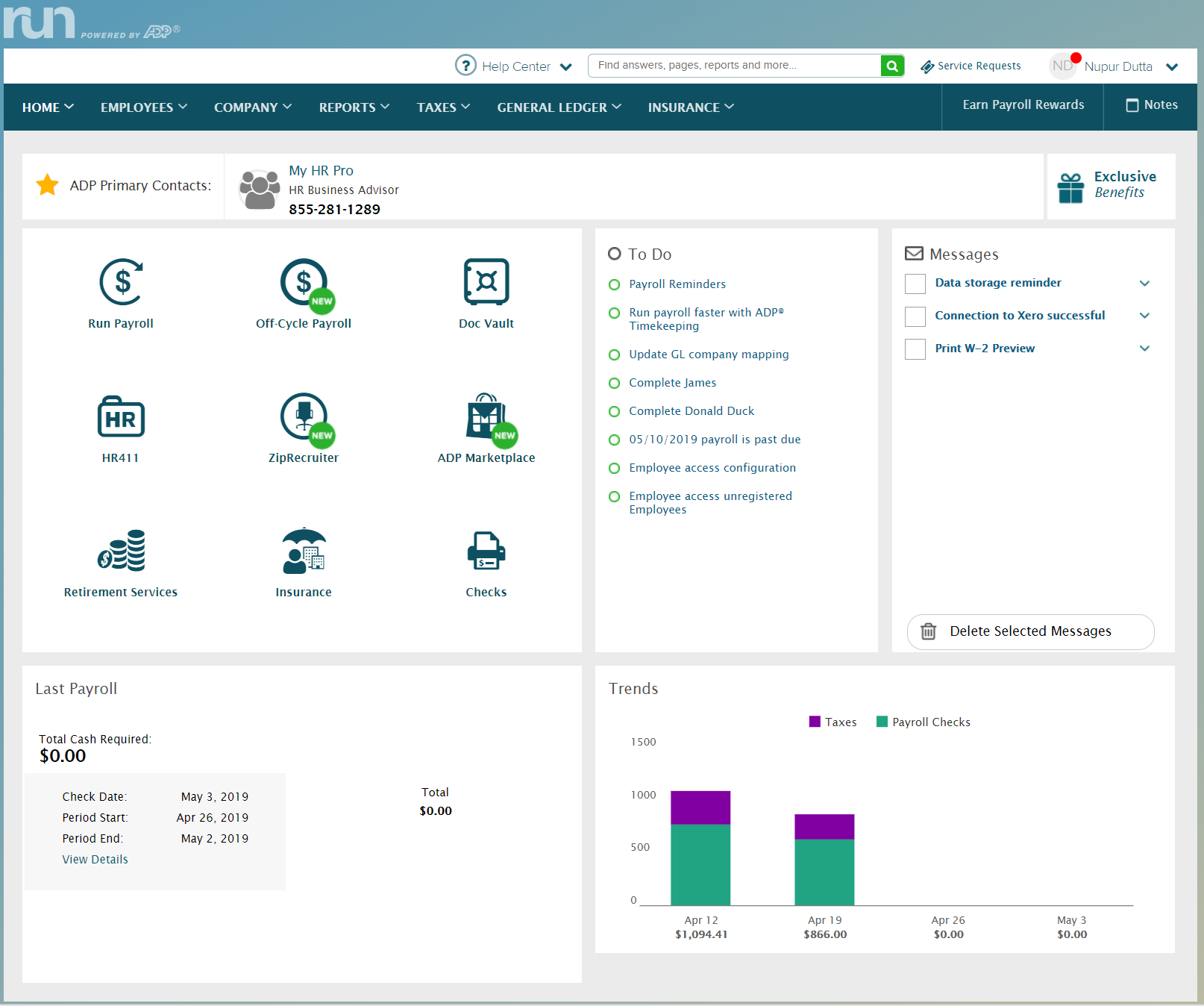 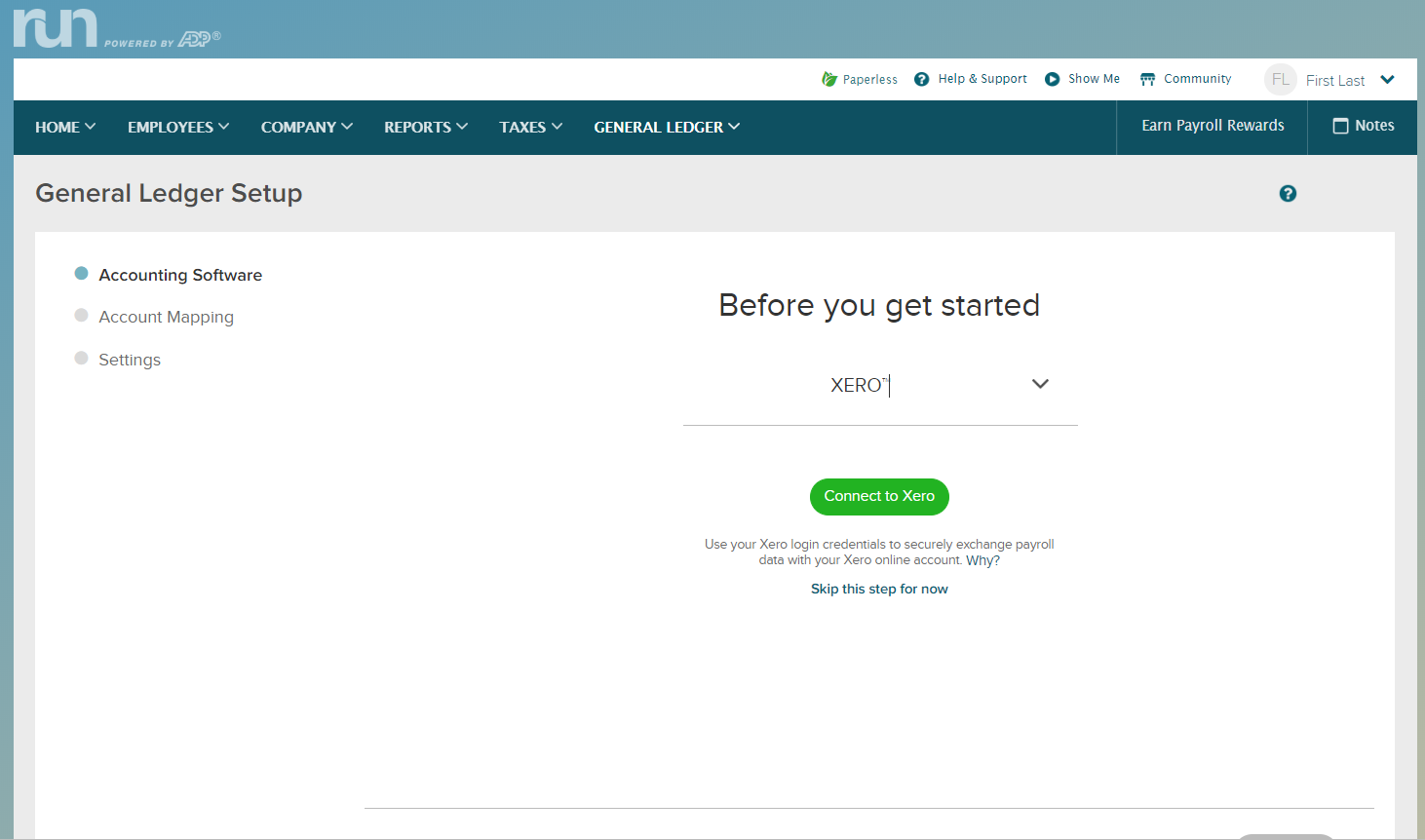 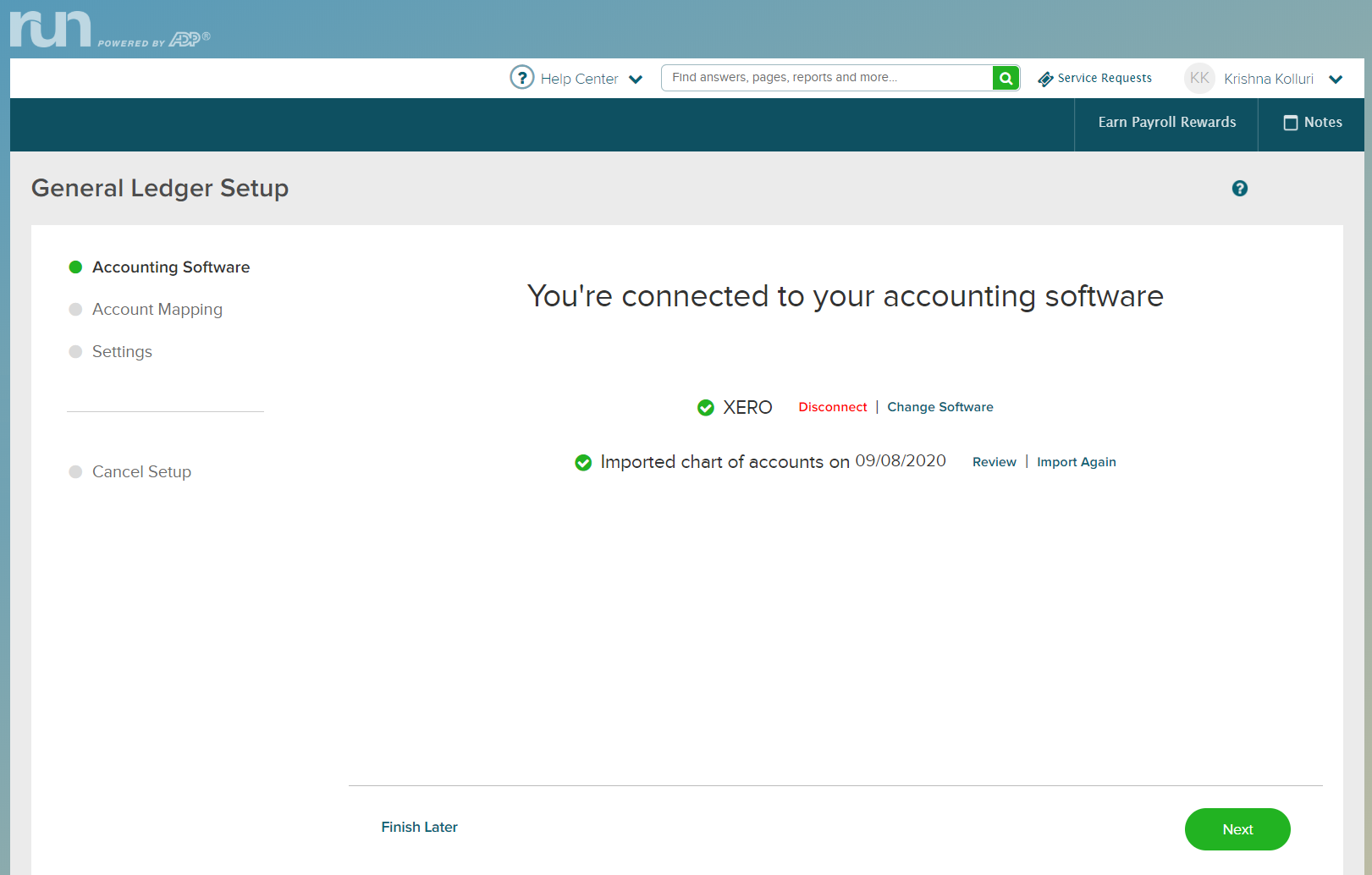 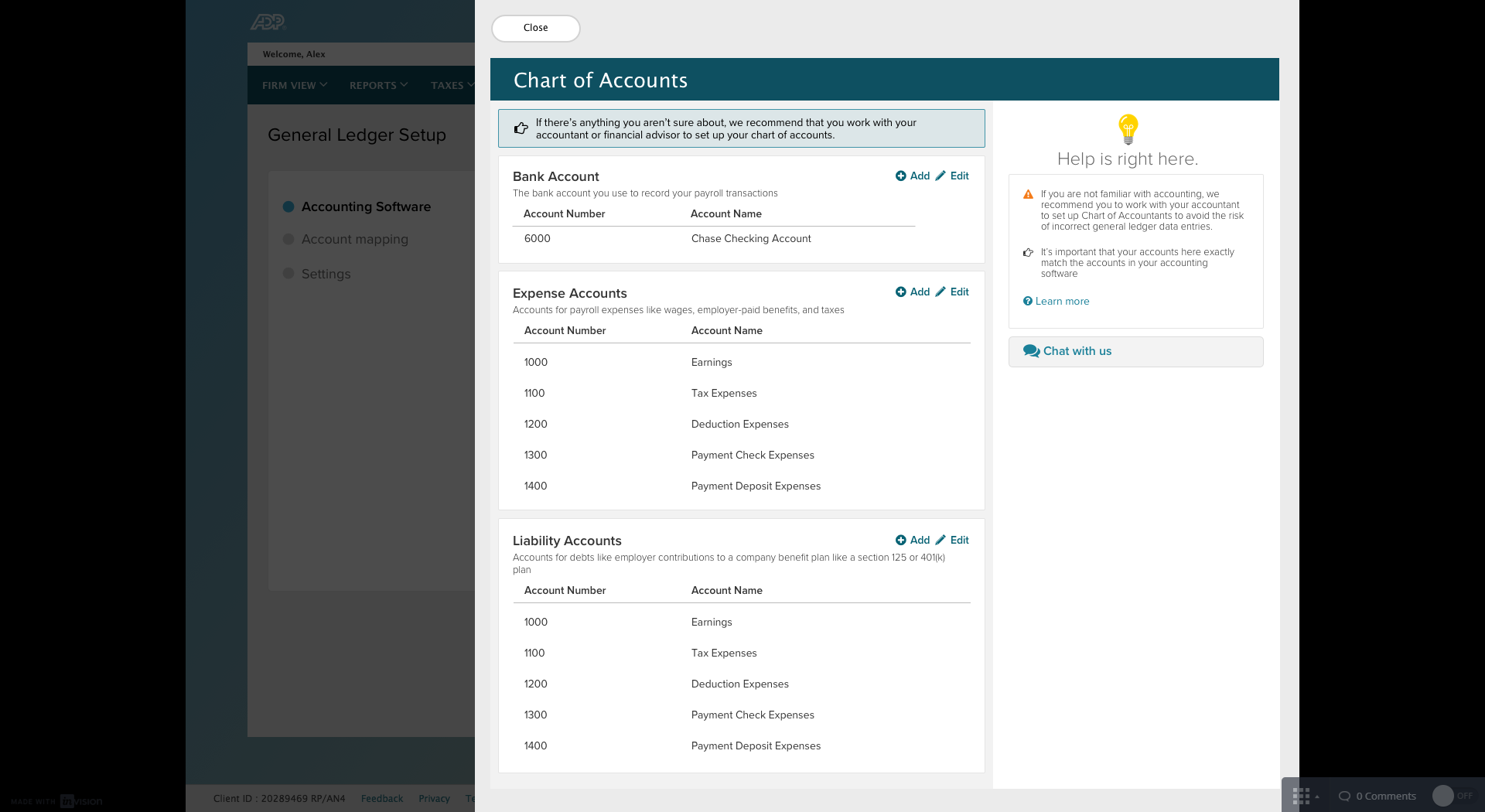 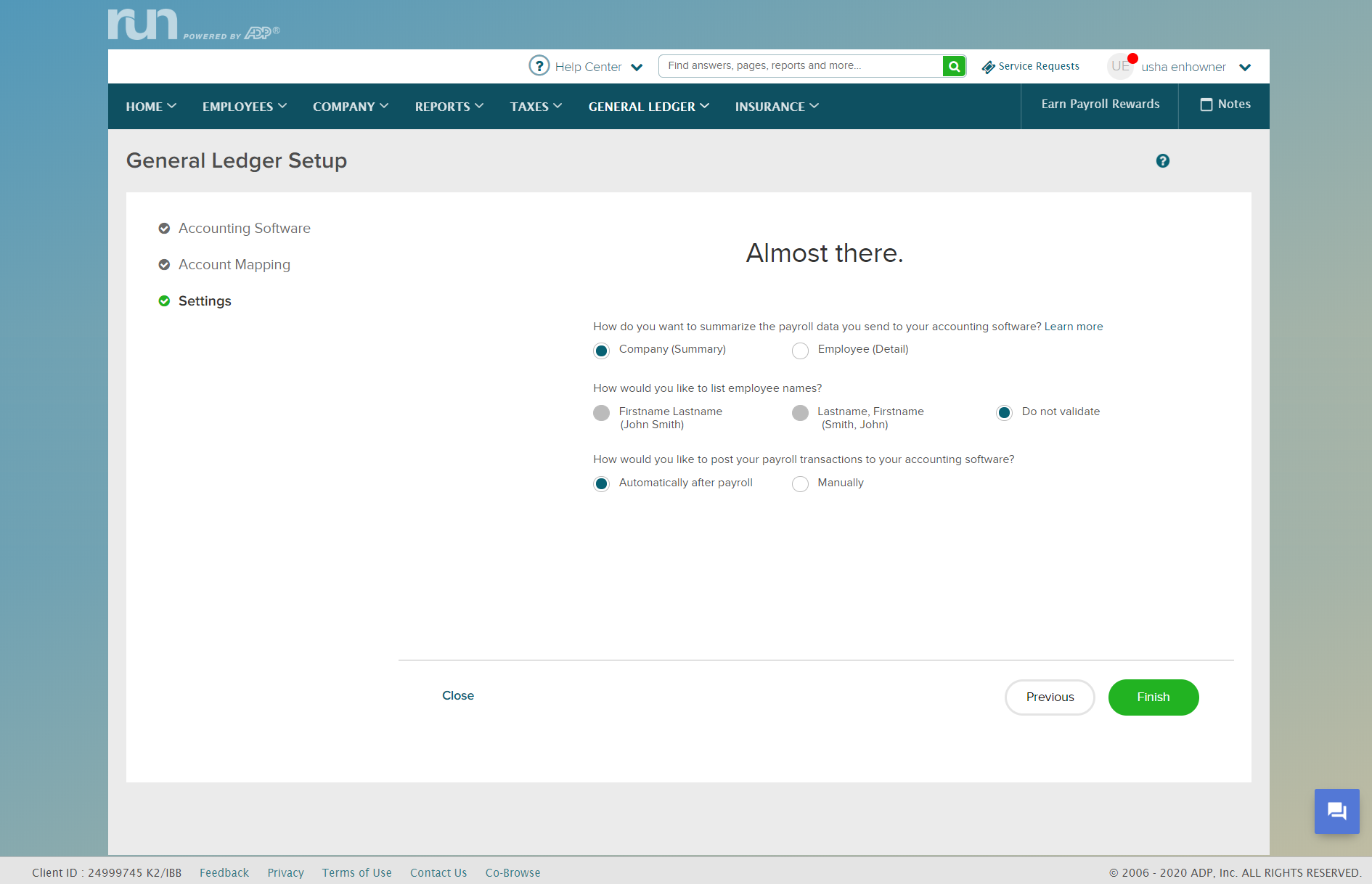 Excellent work system that allows me to have affordable costs for my clients. Throughout the ADP process, I have always been connected with Luis Bardales, he is District Manager - Accountant Channel, the best and speaks Spanish. 610-345-8009

TN
Tim Nyberg
Posted
Very expensive, it doesn't sync with our Xero and has been nothing but a problem. To bad our CPA didn't proactively come to us and suggest a change. I guess I'll have to leave that review some place else.
RR
Renae Rubalcava
Posted
ADP is the most incompetent payroll service. Do not select them. I spend more time on the phone correcting their mistakes then I should. I call them nearly everyday to correct something. For example in my own personal paycheck they put 3 as my allowances instead of 1 and for 2015 I owed a significant amount. After two months, I am still working with them as they keep taking money from our checking account even though we have closed our account with them. I called into ADP to prorate a Contractors check and the Client Rep I spoke to asked me how to do that. I called to speak to a Supervisor on Friday about all the problems and I was told to call back, I called back and then he promised he called me on Monday. I never received that call and I had to call back Wed, where again I was promised he would call back in an hour. Again, I never received that call. I finally a callback was made to the wrong number so I never received and the message was relayed to me to call them back again. Who cant call back a number given to them on 5 different occasions. Please do yourself a favor unless you want to spend hours of useless time on hold waiting for a Client Rep who can't fix your problem anyways and avoid ADP at all cost. They don't even qualify for one star.
View all reviews
Additional info

Payroll HR
Wagepoint Pay
4
Payroll HR
Payroll software built just for small businesses and backed by the worlds friendliest team! Bonus: we integrate fully with Xero.​
Although Xero reviews each app in our App Marketplace, we can’t give any guarantees. It’s up to you to assess the performance, quality and suitability of any app before going ahead.